Newly-married couples enjoy having a cross stitched design of the temple in which they were married, especially when it includes the name of the temple, their names, and the date of their eternal marriage sealing. Their relatives and friends enjoy stitching them as a demonstration of their love and friendship to the couples.

It also includes three different alphabets for personalization and a wedding sampler pattern. These beautiful temples are situated in seven states plus the nation’s capital city in the United States, and also in two cities in Canada.

Download 13 New Mormon Temples today! Then enjoy the pleasure of creating lovely cross stitch works of art that will be treasured for a lifetime! 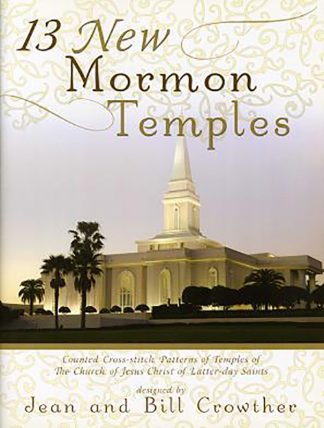