The Most Correct Book

The Most Correct Book. Over the years, Book of Mormon scholars have noticed extraordinary clues hidden in its subtle details. Many of these have proven the source of convincing evidence that the Book of Mormon is a genuine history. This outstanding work by a scholar of Middle Eastern antiquities presents some of that evidence. Included in The Most Correct Book are insights about: Discoveries made since the time of Joseph Smith that suggest the ancient existence and nature of “reformed Egyptian.” Newly discovered texts that show Jeremiah really did testify of the Savior, as taught in the Book of Mormon. Old World writings that support the Brother of Jared’s idea to light the Jaredite barges with stones touched by the Savior. Evidence that Laban was involved in a conspiracy with the Elders in Jerusalem much like those of the Gadianton Robbers. The Old World profession of Lehi and his sons. Some eye-opening similarities between the slaying of Laban by Nephi and the slaying of the Egyptian by Moses. The probable timing of the Savior’s visit to the Nephites. The similarity of untranslated words in the Book of Mormon (like “ziff”) to words in certain Middle Eastern languages. Why oaths in the Book of Mormon were relied on in war. Ancient texts that upheld Nephi’s teaching about Satan. And much more! 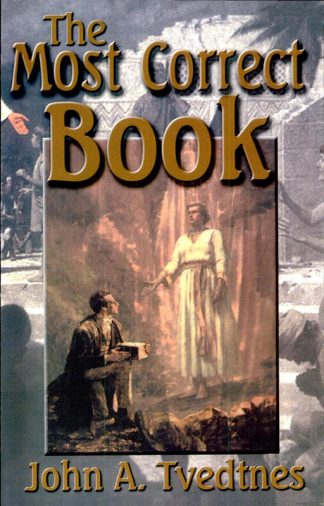