Scientific Support for Scriptural Stories is an attempt to establish the philosophical position that practicing religious scientists can make statements that reconcile apparent conflicts between science and religion. Today, scientists and theologians still debate such issues as the age of the earth, the creation and development of life, and the relationship between prehistoric and modern life forms. The compilation of statements in this book will help readers come to a better understanding of the common ground that exists between science and religion on these and other topics. Reading Scientific Support for Scriptural Stories will provide a much better understanding of scientists, science, and the gospel of Jesus Christ, and it will open their understanding to many new concepts and recent scientific discoveries. This is a unique book that fills a significant need. Its perspectives and evidences will strengthen the faith of many, as it helps them grow in knowledge of eternal truths. 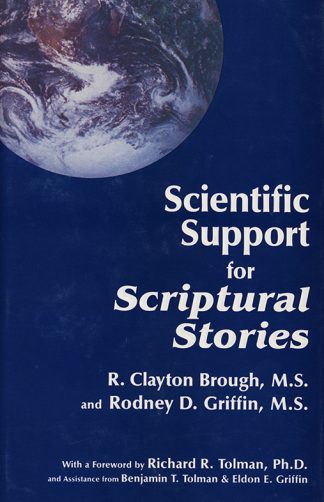 You're viewing: Scientific Support for Scriptural Stories $18.98
Add to cart