Make a Killing: A Smoking Satire on Selling Cigarettes

Make a Killing. The strategies of the international tobacco industry and its powerful lobby are the focus of this carefully researched and documented exposé. In this biting satire,  the author reveals the strategies that have been used by tobacco tycoons to foist a dangerous and addictive drug on the public in the face of mounting evidence of its harmful effects. Writing in an entertaining style as if giving advice to tobacco-firm executives, he tells how they maximize profits at the expense of smokers worldwide. Beginning with an invitation to all who are interested in the high income from professional drug-publishing, he details the strategies that have led to success in the $50-billion-a-year tobacco industry. He shows how the tobacco tycoons have portrayed the trade as an ordinary and ethical business rather than the pushing of a deadly drug; how they have used ingenious advertising campaigns to recruit new smokers from the ranks of the young and the gullible; how they have relied on the addicting power of nicotine to maintain profits; and how they have utilized powerful political alliances and public relations efforts to keep the public in the dark and prevent regulation. 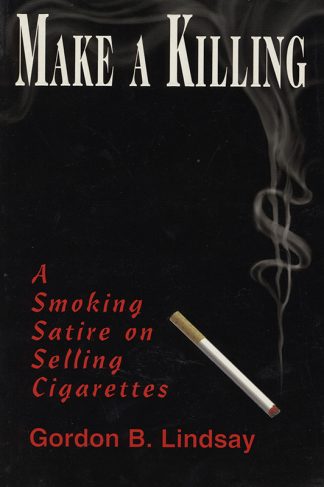 You're viewing: Make a Killing: A Smoking Satire on Selling Cigarettes $19.98
Add to cart