Invisible Religion in the Public Schools

The purpose of Invisible Religion in the Public Schools is to show that secularism has become the invisible religion of America. It suggests how secularism may continue to be respected as this country’s dominant ideology, but purposes eliminating the abridgment of our individual liberty created by its monopoly in our public schools. Its central messages are that the American government does not have the constitutional authority to impose any religious view on any person or group, and that it is not the business of a free government to aid, support, or advance any religion, be it secular or non-secular. The choice of which belief-structures Americans adopt and which they reject must be left to them. This is a carefully documented, thought-provoking book with a message of profound significance for the people of America. It has the potential to influence and shape future action in both educational and legal forums for years to come. 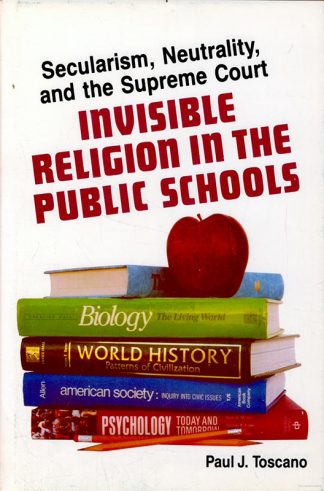 You're viewing: Invisible Religion in the Public Schools $16.98
Add to cart