Solidly based in the scriptural doctrines of The Church of Jesus Christ of Latter-day Saints, Inspired Prophetic Warnings has had a broad impact on thousands of readers. Its timely message is valuable to all who are preparing for the Second Coming of the Lord Jesus Christ and the events prophesied to precede his advent. Numerous recorded prophecies are warnings that if the inhabitants of America turn to wickedness, fight against Zion, or allow secret combinations to spread, this great nation may be destroyed. Words of counsel, revealed over the years, are cited to help the Saints maintain their spiritual and temporal stability as the judgments of the last days are poured out, and that is the intent of the message found in these Inspired Prophetic Warnings. This book is Volume 2 of the author’s previous work – Prophecy: Key to the Future, a widely read Mormon classic written as a BYU masters’ thesis with the assignment to chronicle prophesied events from the present to the end of the world. 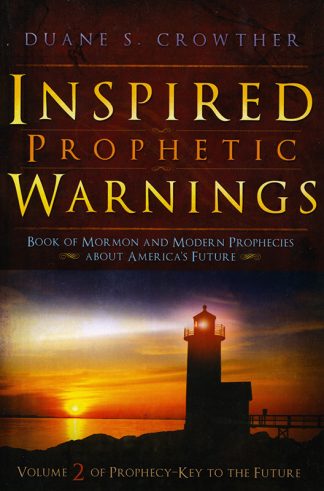