Exaltation and the Kingdoms of Glory

Exaltation and the Kingdoms of Glory explores many of those concepts as it explains the existence of three distinct levels of heavenly kingdoms of glory, then dwells on truly righteous individuals who have the potential to be exalted.

The author tells how worlds without number have been created by God and explains that man inherits future kingdoms according to the level of his obedience to divine precepts.

More glorious is the terrestrial glory, or the middle kingdom, which is described as the reward for those who were followers of Christ but who only served him without valor here on earth.

The highest, the celestial glory, receives even more detailed coverage. The character, future experiences, and potential rewards to those who achieve this glory are thoroughly explained. Exaltation—or Godhood—reserved for those who achieve the highest level of the celestial kingdom, is defined. The rich blessings of exaltation which are described include eternal association with the Father and Christ, the glory of a celestial body, eternal companionship of a beloved spouse, eternal family relationships, power and dominions, and perfect knowledge. Of special interest are detailed reports of visions that describe the beauties of celestial glories. 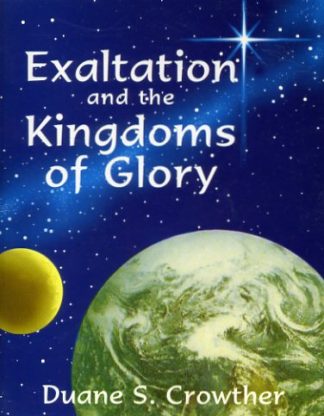 You're viewing: Exaltation and the Kingdoms of Glory $9.99
Add to cart