In June 1948 Russia laid siege to Berlin, cutting off the flow of food and supplies over highways into the city. More than two million people faced economic collapse and starvation. The Americans, English, and French began a massive airlift to bring sustenance to the city and to thwart Russian siege. Gail Halvorsen was one of hundreds of U.S. pilots involved in the airlift. While in Berlin, he met a group of children standing by the airport watching the incoming planes, shared some gum with them, and promised he would airdrop candy to them on his next flight. True to his word, as he flew in the next day, he wiggled the wings of his plane to identify himself, then dropped several small bundles of candy using parachutes crafted from handkerchiefs to slow their fall. Local newspapers picked up the story. He became known as The Berlin Candy Bomber. Other pilots began dropping candy too, and the candy drops became an event of world-wide proportions—a symbol of human charity. This book tells the heart-warming tale. 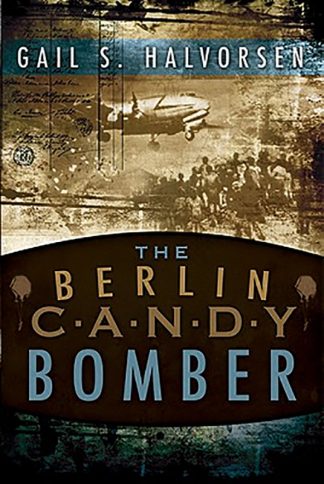 You're viewing: The Berlin Candy Bomber $18.98
Add to cart