Here are 55 fun-to-read tales from early and recent LDS Church history. The author, a truly talented storyteller, adroitly hides the person being described until the last sentence of each tale. And her stories are all true! Some of the fun accounts are: The Disappearing Act of Brigham Young, The Mystery of the Missing Bell, The Grave with Nobody in It, The Chicken that Prophesied, Dead Men Pay No Fines, and The Man Who Wouldn’t Die. She even documents their sources at the end of the book. This is great reading for all ages! 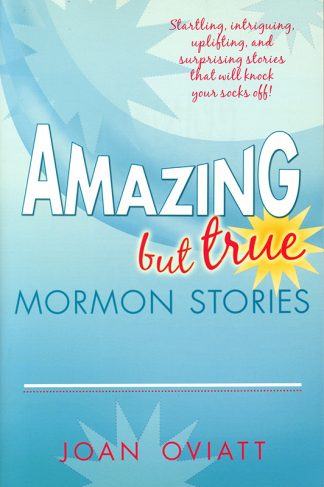 You're viewing: Amazing but True Mormon Stories $11.98
Add to cart