Accused, R. Craig Smith: The Spy Left Out in the Cold

Accused, R. Craig Smith: The Spy Left Out in the Cold. Richard Craig Smith was a good agent: a highly trained CIA operative in an undercover operation designed to penetrate the highest levels of the Soviet KGB. He was effective—until he was double-crossed. A CIA operational front in Honolulu was suddenly in trouble. Illegal and clandestine operations affecting every hemisphere of the globe were about to be exposed, and there was only one thing to do—pull the plug and disappear. Without warning, Craig Smith was abruptly cut off from all his case officers. His contacts disappeared. He was left out in the cold. On April 4th, 1984, he was arrested by the FBI and charged with espionage against the very country for which he had risked his life. The U.S. Government intended to convict him as a traitor and repeatedly used its awesome power against him. Laws were reinterpreted, evidence withheld, witnesses who could tell the truth were intimidated and threatened. Almost every shred of evidence Smith could muster was re-classified as top-secret. For two years Smith battled for court permission to present the evidence that would exonerate him. Against incredible odds, with two attorneys who refused to bow to government pressure, the case was finally brought to trial. And when the final gavel dropped, a victory was won for justice. 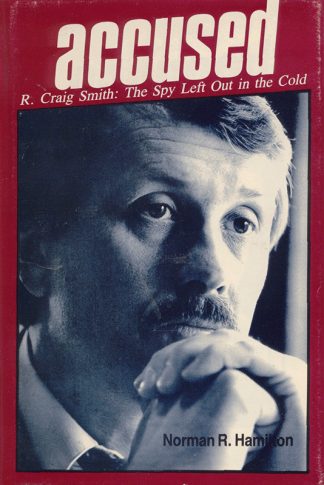