A Century of Mormon Cookery, Volume 2 is a time-proven collection of many hundreds of recipes that have tickled the palates of both fastidious and “chow-hound” eaters. Some are quite new; others are more than two centuries old and have their origins in other countries. The Latter-day Saint Culture in America is unique! Originally composed of immigrants from many lands who left their native countries to unite in worshipping God, they sought to become a “Zion” people that could live together in righteousness and peace. An interesting by-product of the Mormon culture is the great diversity of food-preparation techniques which have been blended together. With the typical Mormon communities of the 1800s comprised of settlers of many nationalities, tastes and techniques were mingled, often with truly delectable results. Sometimes their creations evolved into wonderful new culinary delights. This book contains: Appetizers & Beverages (52 recipes); Breads (32 recipes); Salads (55 recipes); Soups (53 recipes); Vegetables (51 recipes); Pasta & Grains (26 recipes); Meats (45 recipes); Fish (27 recipes); Poultry (21 recipes); Eggs & Cheese (16 recipes); Desserts (40 recipes); Cakes (29 recipes); Cookies (26 recipes); Pies (27 recipes); Candy (33 recipes); Sauces (17 recipes); Preserves (27 recipes); and Pot Pourri (19 recipes). 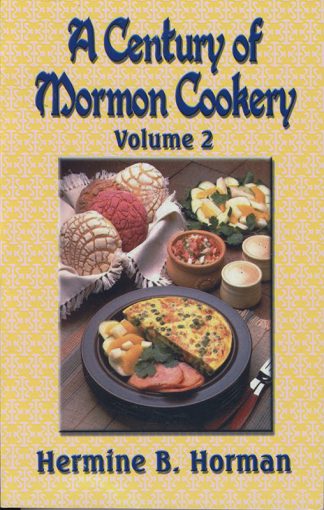